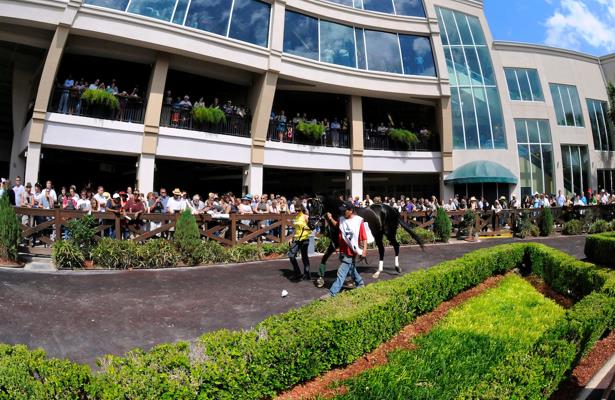 A deep and competitive backstretch will be that much tougher this winter when Fair Grounds opens their 149th meet Thanksgiving Day, Thursday, Nov. 26, as several new trainers will make their presence felt for the first time. The who’s who list is led by reigning four-time Eclipse Award winner Chad Brown, who will have 24 stalls and joins two-time defending champion Brad Cox, along with perennial powers Ron Faucheux, Tom Amoss and Steve Asmussen, in making up one of the most talented and well-stocked group of conditioners to have ever descended on Fair Grounds.

Brown, based primarily in New York for the first decade of his career, has branched out in recent years and put down roots in Kentucky this year for the first time, which created a natural progression towards Fair Grounds.

“Being in the Midwest at Churchill Downs, and with things going well, we felt it made a lot of sense to bring a division to Fair Grounds and try to establish a year-round circuit,” Brown said. “We’re optimistic that we can be competitive down there this winter.”

Brown, who has long had the deepest and most talented grass horses in the country, is familiar with Fair Grounds’ biggest turf stakes, the Muniz Memorial Classic (G2), as he shipped Bricks and Mortar in to win the race in 2019, in what helped kickstart a Horse of the Year campaign that ended with a win in the Breeders’ Cup Turf. While he plans on taking advantage of the local turf course, he expects to be well represented on all levels.

“Right now, we’re still finalizing who we’re going to bring down there and what kind of horses fit best, regardless of what class or division it might be,” Brown said. “We’ll look over the condition book and see, on a horse-by-horse basis, what makes the most sense. If we have a lot of horses for the same condition it makes sense to separate them. And certainly, we’ll keep our clients in mind as well, as some like to race in certain spots, based on where they are located.”

Brown is based at Palm Meadows in South Florida during the winter and will still call that home, which means Whit Beckman, a Louisville native who oversaw the Kentucky division this year, will be running the shedrow at Fair Grounds.

“Whit has been with us a few years now and has done a terrific job with the Kentucky string this year,” Brown said. “He’s proven himself to be an excellent horseman and will be familiar with a lot of the horses we send to Fair Grounds.”

Though the list of newcomers is clearly led by Brown, there are several other nationally recognized trainers who will have a string at Fair Grounds this winter, including Norm Casse, who will have 21 stalls, while Ignacio Correas (26), Cherie DeVaux (22), Tommy Drury (6), Austin Gustafson (22), Anthony Quartarolo (14), Kelly Rubley (15), and Shane Wilson (40) are all new faces.

A smaller presence at Fair Grounds in recent years, Keith Desormeaux (25) has upped thee ante for 2020-21. He’s enjoyed local success in the past, winning the Risen Star (G2) in 2013 with 135-1 longshot Ive Struck a Nerve, while Drury could bring grade 2 winning 3-year-old Art Collector to run in next season’s handicap division.

Cox, who pulled clear late last year and won the trainer’s title with 40 wins, is the favorite to win it this year and will have the maximum allotted 44 stalls, as will Faucheux, who ran second with 34 wins. Amoss (29 wins) and Asmussen (26) also have 44 stalls, as do top-10 trainers Bret Calhoun, Joe Sharp, Al Stall, and Mike Stidham.

The jockey’s race was a meet-long battle last year, as James Graham booted home 63 winners to outlast Mitchell Murrill by one and Colby Hernandez by three, and the trio will again lead the way this year. Florent Geroux (56 wins), Brian Hernandez Jr. (44), Adam Beschizza (44), Shaun Bridgmohan (38), Gabriel Saez (35), and Miguel Mena (32) were all in the top-10 and will be back this winter as well.

Opening Day marks the first of 76 racing days as Fair Grounds will run through Mar. 28. There will be over $7 million in stakes races, highlighted by the Mar. 20, $1 million Louisiana Derby.