The Key To Winning at Del Mar: Polytrack Sires 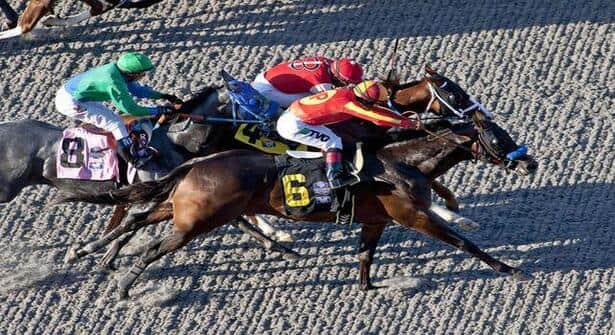 Photo: Charles Pravata/Eclipse Sportswire
A new chapter in racing begins with the opening of the Del Mar summer meet. Since last fall, California horses have been competing over the Santa Anita dirt, Hollywood Cushion Track and Golden Gate Tapeta.  Cushion Track is the closest synthetic surface to dirt, so horses switching from Santa Anita to Hollywood rarely reverse form. That is, if they like dirt, they usually handle Cushion. 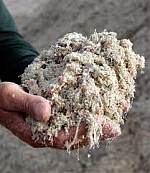 The Del Mar Polytrack is a whole other animal. Since 2007 when Polytrack was initially installed at Del Mar, handicappers have been grasping at angles, trying to find that elusive trend before the general public catches on.  One such angle which has proven to be successful is pedigree handicapping.  Knowing which sires and sire lines love or hate the surface is crucial for first time runners and shippers.
Synthetic surfaces aren’t all the same, so using generalized “Synthetic Sire Stats” is useless, since these statistics lump all of the artificial surfaces together. Cushion Track plays nothing like Polytrack, which is totally different than Tapeta.  Polytrack is a less forgiving surface than Cushion track and horses tire over it faster. Compare running over the wet sand near the shore as opposed to the looser sand farther up the beach. It’s pretty much the same thing.  Also, like dirt tracks around the country, not all Polytracks are created equal. Sure, they may contain the same ingredients, but track maintenance and the recipe of those ingredients differ due to weather conditions.
Now that we have that information sorted out and our general handicapper is thoroughly confused, let’s take a look at which sires’ offspring do their best running over the Del Mar Polytrack.  Since 2007 I’ve tracked the stallions whose progeny win/place at Del Mar. Certain sire lines are exceptional producers of Polytrack runners.  Below, grouped by sire line, are some of the top Polysires with a minimum of five or more starters. This isn’t an all-inclusive list, merely a short guide. One eye-catching trend is that Polytrack affinity appears to skip a generation.  A.P. Indy, Storm Cat and Pulpit are prime examples. All three sires get below 10% winners, yet some of their sons are hitting at 25% or higher.

A.P. Indy is a poor Polytrack sire as are the majority of his sons, but in racing, there are always exceptions to the rule.

Mr. Prospector was known for his breathtaking versatility. His success as a sire of sires has produced many branches spreading throughout the world. Some, like that of Carson City and Gone West, have developed as strong Polysires, while others have been more inclined towards dirt or turf.

Northern Dancer’s descendants are just as proficient.  Similar to A.P. Indy, Storm Cat’s progeny don’t like the Del Mar Polytrack, but the offspring of the prolific stallion’s sons have a special affinity for Del Mar.