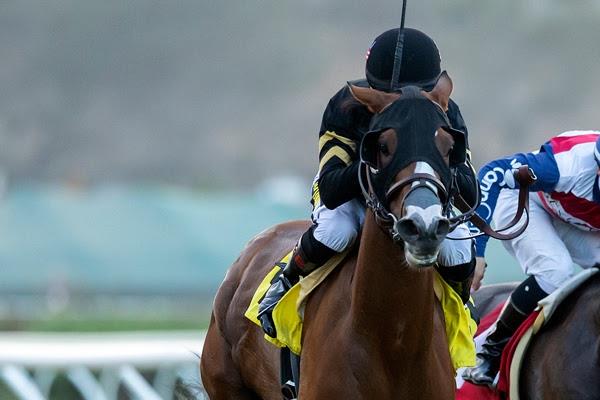 Ten long-winded fillies and mares will travel a mile and three-eighths on the Jimmy Durante Turf Course Sunday in the CTT & TOC Overnight Stakes, the highlight of an 11-race program that kicks off at 2 p.m.

The $75,000 feature is headed by Calumet Farm’s Siberian Iris, a Irish-bred mare who’ll be making the 22nd start of her career. The bay has been taking on Graded stakes company of late, so she should find the going easier this go-round. She’ll also find the layout to be familiar: she won this same race last year by a neck with a big late rush. Trainer Richard Mandella has named Flavien Prat to ride her Sunday.

Her chief threat appears to be Slam Dunk Racing or Branham’s Maxim Rate, a gray 4-year-old coming off an allowance win on the lawn here on July 10. She’s been first or second in five of her 10 starts and trainer Simon Callaghan has named leading rider Umberto Rispoli on board.

Here’s the lineup for the marathon from the rail out with riders and morning line odds: