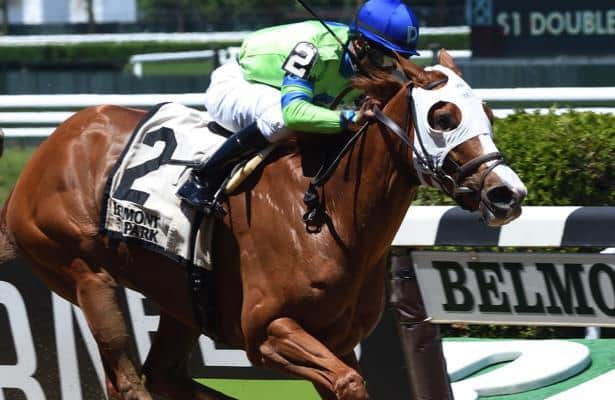 "I felt she had a pace advantage here," said trainer Bob Hess Jr. "I felt we needed every bit of that."

"She broke very sharp," added jockey Kendrick Carmouche. "She did everything perfect. She held on to the race."

The Vagrancy marked the first graded stakes win for an Ohio-bred filly that has now competed in six graded races in 14 career starts.

"It was a maiden stakes win for me at Belmont," said Hess Jr., who indicated Heavenhasmynikki could continue running in New York. "I've won stakes races at Aqueduct, but never here before. To win with Ron Paolucci makes it extra special."

Grade 1 winner Separationofpowers, making her 4-year-old debut, finished third as a 6-5 favorite. The Vagrancy ended an eight-month layoff as well as her return from surgery to repair a bone chip.