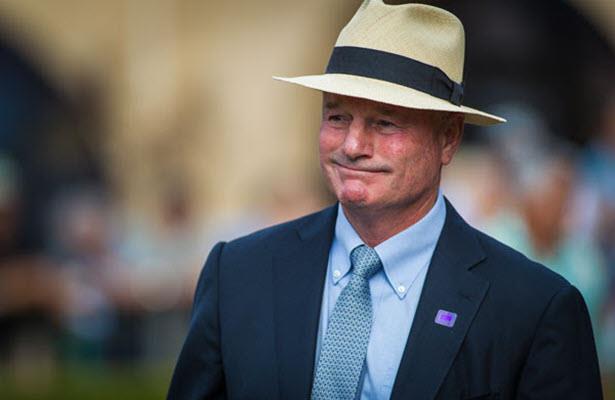 In her last four races, Siberian Iris has run a combined total of 5 ¼ miles, so there’s little doubt the Irish-bred mare trained by Richard Mandella will fancy the mile and a quarter on turf in Saturday’s Grade 3, $100,000 Santa Ana Stakes for older fillies and mares at Santa Anita Park.

“She hasn’t run in a while, but she’s training great and we expect her to run a good race,” Mandella said.

Rafael Bejarano, who has ridden the 6-year-old bay three times previously, including to victory in the CTT & TOC Stakes at Del Mar last Aug. 16, will be back aboard.

“The distance will be no problem for her,” Mandella added. “She can go three miles if needed.”

In other news from the Mandella barn, the Hall of Fame trainer recently received a two-year-old colt named Q B One, the first foal from the champion mare he trained, Beholder.

“They always called Beholder the Queen Bee,” Mandella said when asked the significance of the colt’s name. “So I guess that explains Q B One. I thought it meant Quarterback One, but that’s not it.”

Meanwhile, San Marcos Stakes winner United, who was scheduled to run in the $6 million Dubai Sheema Classic on March 28, is on standby in the Middle East as the Dubai World Cup event was cancelled because of the coronavirus pandemic.

“We’re trying to figure out how to get him home now,” Mandella said.

United was runner-up by a head at 51-1 to Horse of the Year Bricks and Mortar in the Breeders’ Cup Turf at Santa Anita on Nov. 2.