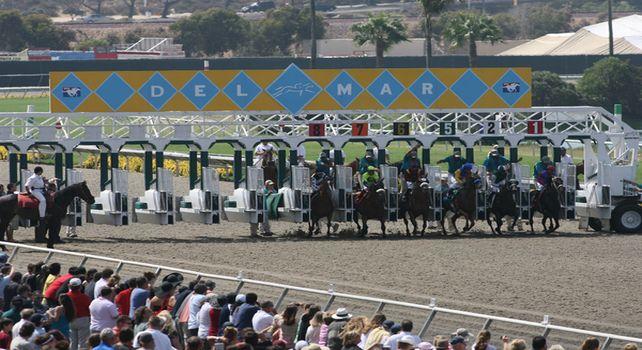 Del Mar’s seventh fall race meeting — starting on Saturday, Oct. 31 — will provide horsemen with a healthy 10 percent blended increase in their overnight purses and the highest bonuses ever tied to the popular “Ship & Win” program.

Despite the ongoing pandemic situation, the track was able to hold firm on its recently announced stakes schedule, which offers 16 events with $2,250,00 in purses. Beyond that, though, overnight purse levels will be increased by about 10 percent across the board.

Additionally, the track’s “Ship & Win” program — now in its 10th year — will provide its richest incentive ever with a guaranteed $3,000 “starter fee” for all runners.

Further, those runners will be eligible for a 30 percent purse bonus added on top of whatever they win (for finishing first through fifth) in that initial outing.

“We worked with our partners at the Thoroughbred Owners of California on this, and I think we’ve got a solid foundation that should encourage our horsemen — as well as those from other racing venues — to want to be part of what we do here in the fall,” said Del Mar’s executive vice president for racing Tom Robbins. “Our fall meet has grown year by year and is now as good a run of racing as you’re going to find anywhere in the country this year.”

In reference to the “Ship & Win” program, Robbins noted that since its inception in 2011, the incentive plan has drawn more than 1,400 runners to Del Mar and they’ve made more than 2,000 starts at the track, as well as more than 4,200 starts at other state tracks, such as Santa Anita, Los Alamitos and Golden Gate.

The simple rules for “S & W” runners are as follows:

• Horses must have made their last start outside of California.

• Horses cannot have raced in California in the past 12 months.

• First-time starters are not eligible.

• Stakes runners (including overnight stakes) are not eligible for the 30 percent bonus.