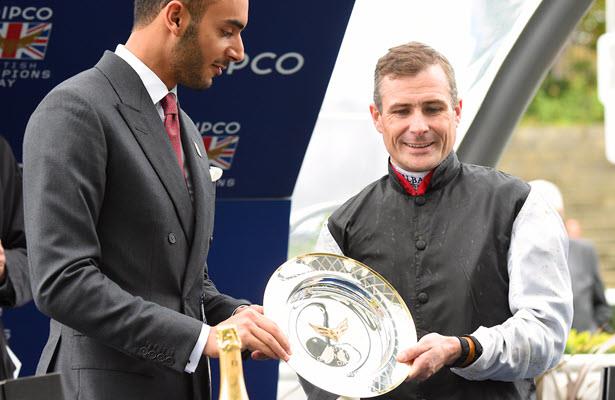 Irish Jockey Pat Smullen has died at the the age of 43 according to a report from the Racing Post. Smullen was diagnosed with pancreatic cancer in 2018.

Aboard Muhannak, Smullen won the 2008 Breeders’ Cup Marathon. In 2002, he won the Grade 1 Matriarch at Del Mar on Dress to Thrill.

After being diagnosed with the cancer in 2018, the Racing Post article says Smullen received a clear bill of health last year, before facing the cancer’s return in recent months. Smullen died at St. Vincent’s Hospital in Dublin according to the article.

Smullen was known for raising money for cancer research in recent years, helping such organizations as Cancer Trials Ireland. According to the Racing Post, Smullen is survived by his wife Francels and their children, Hannah, Paddy and Sarah.
Muhannak Patrick J. Smullen