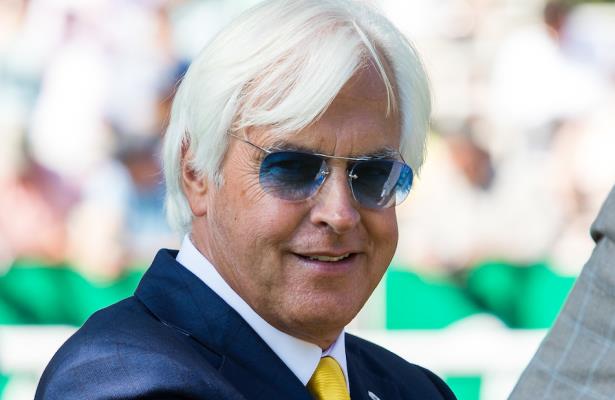 According to a newly disclosed report from the California Horse Racing Board, another Bob Baffert trainee has tested positive for a banned substance.

Merneith, who finished in second place in the fourth race at Del Mar on July 25, tested positive for dextromethorphan, a common ingredient in cough syrups for humans, according to the complaint, which is dated Sept. 17.

Merneith, a 3-year-old daughter of American Pharoah out of Flattermewithroses, by Flatter, tested positive for the drug on race day, according to the complaint, and the results were later confirmed in a split sample test requested by Baffert.

Such a violation carries a category B penalty, which imposes a variable suspension that depends on the number of violations in a year, but starts at a minimum of 30 days “absent mitigating circumstances,” as well as a minimum $500 fine.

Level four is the second lowest level violation. Level 1-3 complaints were previously publicly available, as they require disqualification and forfeiture of purse. The CHRB said on Tuesday that it would begin reporting lower-level complaints because of "increased emphasis on all medical violations in horse racing."

According to the Paulick Report, Baffert claimed the violation stemmed from environmental contamination, caused by a member of his stable using a cough syrup containing the banned substance.

Baffert has had trouble with drug violations throughout 2020, most recently with Kentucky Oaks third-place finisher Gamine testing positive for betamethasone, which he claimed was caused by use outside of the 14-day withdrawal time before the race.

Gamine and another Baffert horse, Charlatan, also tested positive for Lidocaine at the Arkansas Derby, which he chalked up to exposure from a back pain patch used by an assistant trainer. That incident led to Baffert being suspended for 15 days by the Arkansas Racing Commission.

Merneith is owned by Prince Sultan bin Mishal Al Saud, who purchased her for $600,000 in March 2019 at the Ocala Breeders’ Company sale. She has raced twice since the alleged violation, most recently winning an allowance optional claiming race at Santa Anita on Oct. 11.

The CHRB cautions that complaints found on its website are "filed for alleged violations prior to hearing. The cases have not been adjudicated at the time they are posted."