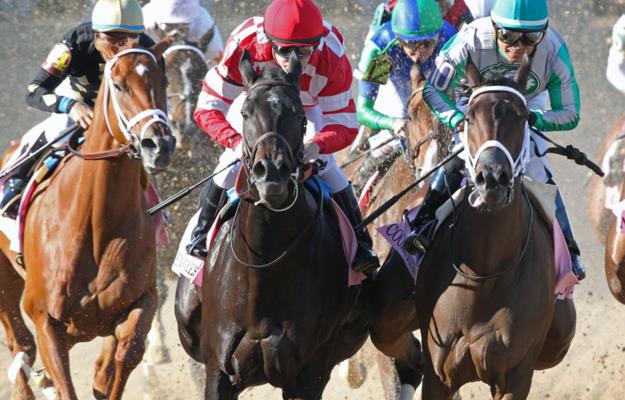 Handicappers only need to glance at the list of probables for the $1 million Breeders’ Cup Filly & Mare Sprint to understand that the chance of a pace collapse is high. On Nov. 7, the best female dirt sprinters will travel seven furlongs at Keeneland, and it brings together a great matchup of quality front-runners.

Given the likely presence of Gamine, Venetian Harbor and Serengeti Empress, one must wonder how the front trio will avoid burning each other out with all that quality speed. All three speedballs want the lead for their best shot at winning.

Gamine comes off a loss in the Kentucky Oaks, where she took control of the front and faded to third despite a comfortable trip. Prior to completing the Oaks trifecta, she won the Test Stakes (G1) and Acorn Stakes (G1) using pacesetting tactics, with the latter effort resulting in an 18 ¾-length victory. Bettors also need to know there is controversy surrounding her third-place finish in the Kentucky Oaks due to a possible medication overage.

Venetian Harbor recently set the pace in the local Raven Run Stakes (G2) en route to winning by a head over Finite. Previously, she let Gamine secure the lead in the Test Stakes and proved no match when Gamine powered to a seven-length win. The connections reportedly did not intend to let Gamine coast up front in the Test, however. She wants the lead, making an aggressive strategy probable for the Breeders’ Cup.

Out of those three names, Serengeti Empress is perhaps the one most likely to accept a pressing or stalking position if there is no other option. Still, trainer Tom Amoss has said she needs the lead to do her best running.

In the Derby City Distaff (G1) at Churchill Downs, Serengeti Empress contested a wicked pace with Bellafina through 21.95 and 43.77 fractions before putting Bellafina away and getting nailed at the end by the closing Bell’s the One.

Both Bellafina and Bell’s the One are slated to meet Serengeti Empress again in the Filly & Mare Sprint. If Bellafina joins Gamine, Venetian Harbor and Serengeti Empress on the lead, sparks will fly and a closer will almost certainly take over late. Bell's the One figures to lag towards the end of midpack or the back of the field.

Frank’s Rockette owns the most speed out of that group as a presser if she runs here. But the six-furlong distance of the Breeders’ Cup Sprint may fit better.

Ce Ce and Speech are both capable of stalking in routes, but at the seven-furlong distance, they are more logical as midpack runners.

Sally’s Curlin runs as a late-closing sprinter, and Hard Not to Love figures to join her if she cuts back from a route. The two of them would join Sconsin and Bell's the One at the back.

Last year, the speedy and brilliant Covfefe won. But the race is historically susceptible to longshot closers, as Shamrock Rose and Bar of Gold surprised bettors in 2018 and 2017 at 25-1 and 66-1. Also, Wavell Avenue came from behind to take the 2015 edition at 10-1.

In other words, do not automatically discount horses not named Gamine, Venetian Harbor and Serengeti Empress. The race has given bettors longer prices in the past, and even the greatest speed horses are not invincible to three-way speed duels. With that said, sometimes exceptional horses overcome a poor pace scenario. As pointed out, Serengeti Empress offers some slight wiggle room for versatility too.

The post positions will be important, as inside pacesetters are generally compromised when other speed is present. Plus, whether a closer can upset depends on how the track is playing as well. Decide whether the pace collapses here and watch the other dirt races throughout the day.