Beating the favorite while playing Survivor at Derby Wars 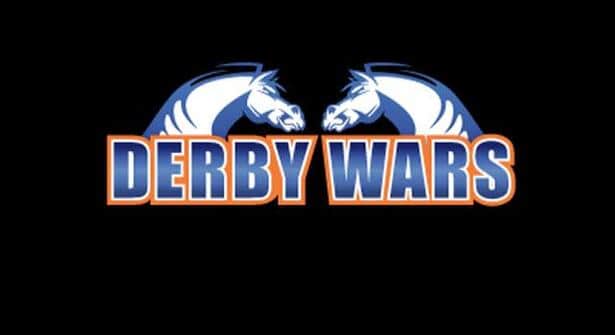 There is nothing that survivor tournament players like better than when a heavy favorite does not hit the board and a big chunk of the field is eliminated. With that them in mind, let’s take a look at the $1,000 Saturday Aqueduct Survivor Tournament.

Recently, the fields at the Big A have been large and contentious as trainers take advantage of the generous purses and the final weeks of turf racing. There have been large payouts in the win, place, and show positions as some favorites have failed to handle the tougher competition.

This survivor game will span races 3-10 and according to the morning line there six favorites at odds of 2-1 or less. Here are four that are vulnerable and thus provide an opportunity for contest players to stay alive while many others drop by the wayside. The great part is that even if you play against those favorites and they do hit the board it does not mean that you will be eliminated.

Race 4 – Value Engineering [ML 2-1] – SCRATCH - You can tell from the name that this is a horse from the barn of Chad Brown and Klaravich Stables. It is worth noting that in the first eight days of the current Aqueduct meeting that Brown is winning at an unusually low 13% clip and finishing in the money with 57%. That means that almost half of the time his horses would have been losing picks in a survivor contest.

Even though Value Engineering has hit the board in all seven of his career starts, the 4-year-old has lots of layoff lines in his past performances. The Klaravich horse returns from an August layoff in a seven-horse field where five of them have a legitimate chance to finish ahead of him.

Race 6 – Freedomofthepress [ML 2-1] – This Chad Brown 2-year-old ran second in her debut in a maiden special weight on the turf at Saratoga in September. Now, she must face a full and contentious field of 12 as jockey Joel Rosario moves to another second time starter with odds of 6-1. Generally speaking, I prefer Brown 2-year-olds in their first start especially on the grass.

Race 7 – Traffic Pattern [ML 9-5] – I have the utmost respect for Chad Brown, but here is yet another one of his horses that will be heavily used in this contest. This 4-year-old gelding makes his fifth career start and the third in this N2L condition for a $30,000 tag. He faded to finish third in his last two tries in this restricted condition.

If you buy multiple entries, at only $5.75 each, in this Saturday Survivor game, you can opt to not pick these favorites with any of your entries and stay alive with other horses or you can use the low odds runner on one ticket just in case they do finish first, second, or third.

Get in the game every day at DerbyWars! Free to sign up and contests are as low as $5.75 - what are you waiting for?

Matt Shifman has been on the Horse Racing Nation staff since 2011 and currently is a Senior Writer. Matt covers Aqueduct, Belmont Park, Monmouth Park, and Saratoga in his two HRN blogs, Racing at the Jersey Shore and New York State of Racing.
Matt has been a co-host of the popular weekly video show HorseCenter for many years.
Since 2012, Matt has been a voter in the NTRA weekly polls for the Top Thoroughbred and Top Three-Year-Old.
Matt is also a partner in the New York Hot List handicapping service @NYHotList where he handicaps the races on the NYRA circuit everyday. The Hot List picks are available at several ADW sites around the country.